When I moved to Sheffield to do my initial training in Psychiatry, I discovered this three-volume, 19th-century copy of The Anatomy of Melancholy in a second hand bookshop, and it's been with me ever since. I continually referred to it because it comes from outside the standard medical narrative on mental health. It's much more all-embracing.Professor John Geddes, Head, Department of Psychiatry, University of Oxford. 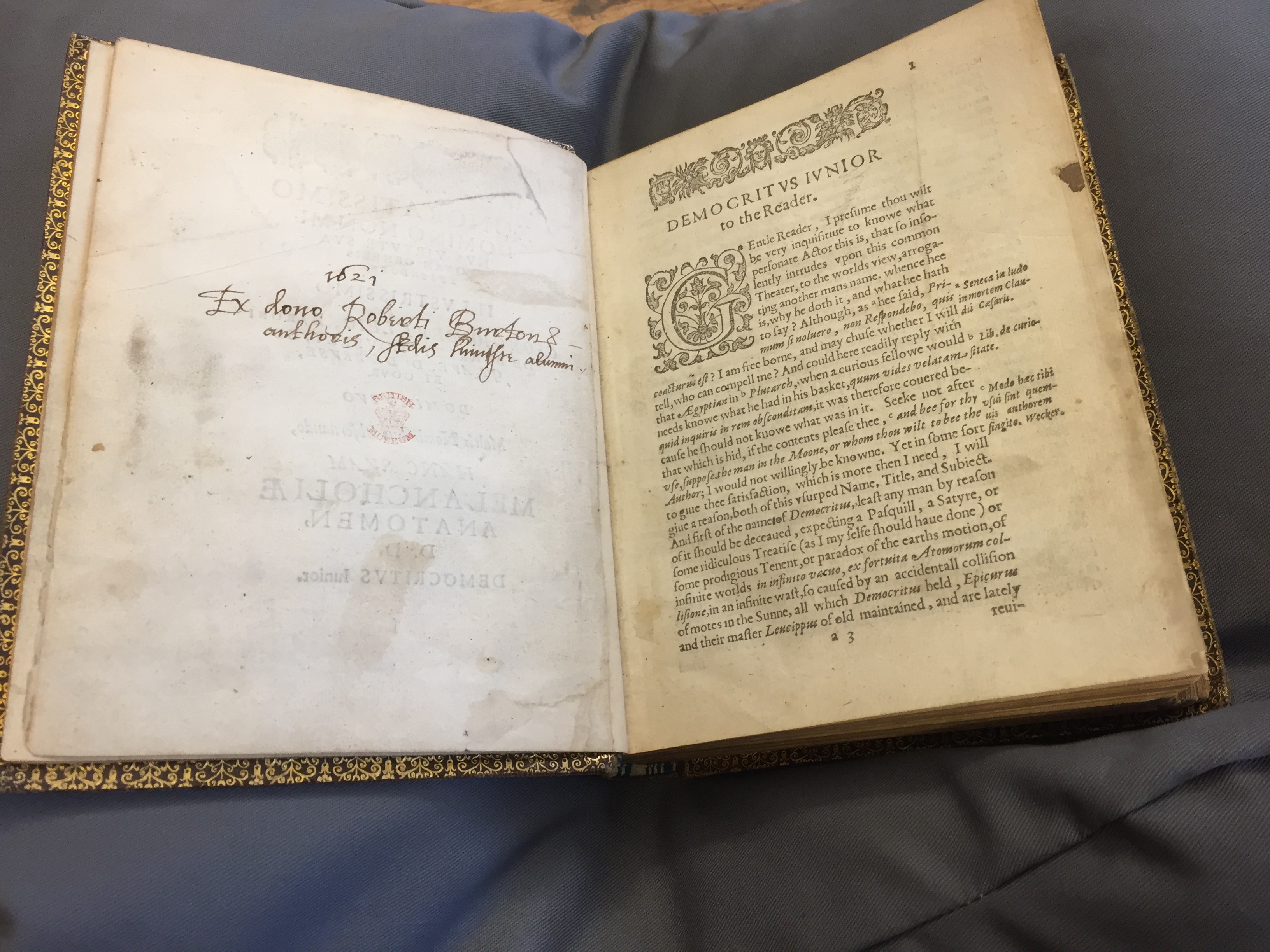 Available on the BBC website is episode 1 of: 'The New Anatomy of Melancholy' as well as all further episodes or to catch up.