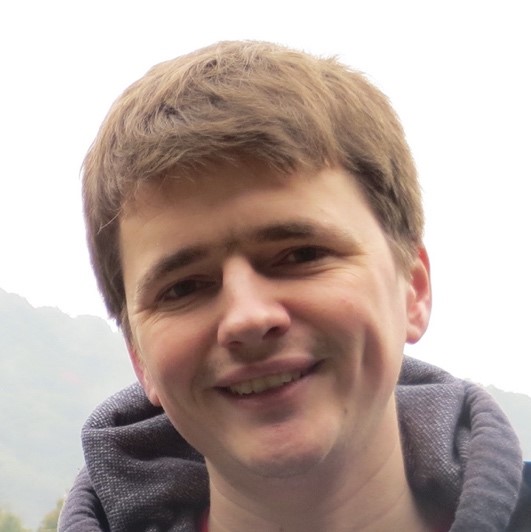 Laurence Hunt is an Associate Professor in the Department of Psychiatry and runs the Cognitive Computational Neuroscience Group.

I’m a cognitive computational neuroscientist currently based in the Oxford Centre for Human Brain Activity (OHBA) building in the Department of Psychiatry. I first arrived at Oxford University back in 2006 for my DPhil in Neuroscience, although I also grew up in Headington, so I know the city well. I had studied pre-clinical medicine as an undergraduate at Cambridge, but early in my undergraduate studies I realised that I would prefer a career as a scientist than as a clinician. I found neuroscience particularly fascinating, and fortunately I landed a place on the 4-year Wellcome MSc/DPhil in Neuroscience at Oxford. I never looked back! I spent a period between 2012-17 working at UCL, but I decided to move back to Oxford to launch my own group in 2018.

My research group have two main goals, both of which broadly fall into the category of studying ‘decision making in dynamic environments’. The first of these goals is to develop novel and more sophisticated paradigms that study decision making in more ‘naturalistic’ settings than before. In other words, decisions are normally made over long time horizons, and require information search and planning – so how do we study these temporally evolving problems that we typically face in our daily lives? I am interested in understanding how people organise their behaviour when faced with such problems, and what the brain basis of that behaviour might be. The second goal of my research group is much more applied, focussing on how we might translate the knowledge we have gained on the cognitive neuroscience of decision making into clinically relevant paradigms. The aim then is to use these in experimental medicine and clinical settings. This has led to some interesting new collaborations in the Psychiatry Department. My group therefore aim to sit at the interface of basic experimental psychology and applied cognitive neuroscience.

What is currently at the top of your To-Do List?

I’ve very recently been appointed to a joint Associate Professorship with Tutorial Fellowship (AP-TF) position at the Department of Experimental Psychology (EP) and St John’s College, starting from October 2022. This will not only mean a shift in department from Psychiatry to EP, but it will also mean that I take on several new responsibilities (in particular teaching commitments). I’m really looking forward to this challenge, as Oxford students are invariably brilliant to teach. But this means my current to-do list is filled with thinking about how best to prepare myself for the new role, and how to wrap up and publish research projects from my time in Psychiatry over the past few years (several of which have been badly interrupted due to the pandemic). Despite the new position, I’ll still be maintaining close collaborations with people in Psychiatry after I move to EP - so hopefully October isn’t a hard deadline for all this!

A mixture of luck, hard work/determination, and (to be honest) privilege. Luck because at several stages in my career I completely landed on my feet, whether it be finding the right mentor for my DPhil, winning fellowships at the right stages in my career, working with people who supported my research interests, all this could have easily turned out differently. Determination and hard work, because science can be an exhausting career with many dead-ends. You need to accept that there may be many setbacks before you can make an interesting discovery, and you need to keep at it. But also, privilege, and the fact that my parents were both academics, and so they placed a high value on academic achievement throughout my childhood. This background helped me enormously to get to where I am. Conversely, I am always slightly awestruck by people from much more challenging backgrounds that nevertheless “make it” in academia.

Above all my research group, and the other people around me at Oxford. I’m so lucky to be surrounded by clever, thoughtful people to work together on intellectually interesting problems.

If you were not in your study programme/job currently, what would you like to be doing?

During my teenage years I briefly considered applying to drama school rather than going to university. So perhaps I would be trying to be an actor. Who knows, maybe I’ll even try pursuing this once I retire.