Associate Professor Liz Tunbridge, Department of Psychiatry, has won a Project Award in this year’s Vice-Chancellor’s Public Engagement with Research Awards, alongside artist Eleanor Minney. The work of Liz and Eleanor was recognised in the Projects Awards category for activities that have engaged in public dialogue and consultation.

The announcement was made at an awards ceremony at Keble College, Oxford, on 10th July hosted by Vice-Chancellor Professor Louise Richardson.

Psychiatric genetics has a murky history and mental health conditions remain associated with stigma and misunderstanding. Our project aims to promote dialogue with those affected by psychosis to give a voice to this largely neglected group.Associate Professor Liz Tunbridge, Department of Psychiatry, University of Oxford.

To enable this dialogue, Liz and Eleanor conducted a series of workshops with people experiencing psychosis, in collaboration with the National Psychosis Unit. "The workshops used art to facilitate conversations about science, illness and individual experiences. We placed great importance in working collaboratively and the shared experiences of making artwork together, rather than focusing on what makes us different" adds Dr Tunbridge.

The artworks and concepts created during the workshops, and Liz and Eleanor's ongoing conversations, culminated in a three-month long exhibition - Switching Perceptions - held at the Bethlem Gallery, The Bethlem Royal Hospital, London.

Central to the exhibition was Eleanor's large tapestry piece, entitled Segment of aself, which, as Eleanor explains "... alludes to a person's holistic sense of self as well as visualising the genetic regions that confer risk for schizophrenia."

The exhibition appears to be a celebration of both individuality and humanity, as much as it is a contemplation of essential philosophical questions.

Workshop participants valued the opportunity to share their experiences and thoughts in an environment that was distinct from their clinical care. The project also demonstrated how art can communicate complex concepts in an accessible manner and the conversations provided direct insight into the experiences of people experiencing psychosis.

"As a non-clinical scientist I have not previously had the opportunity to talk directly with those experiencing psychosis. The workshops were invaluable in allowing people to share their individual perspectives and to discuss their relationship to my own research" adds Dr Tunbridge. 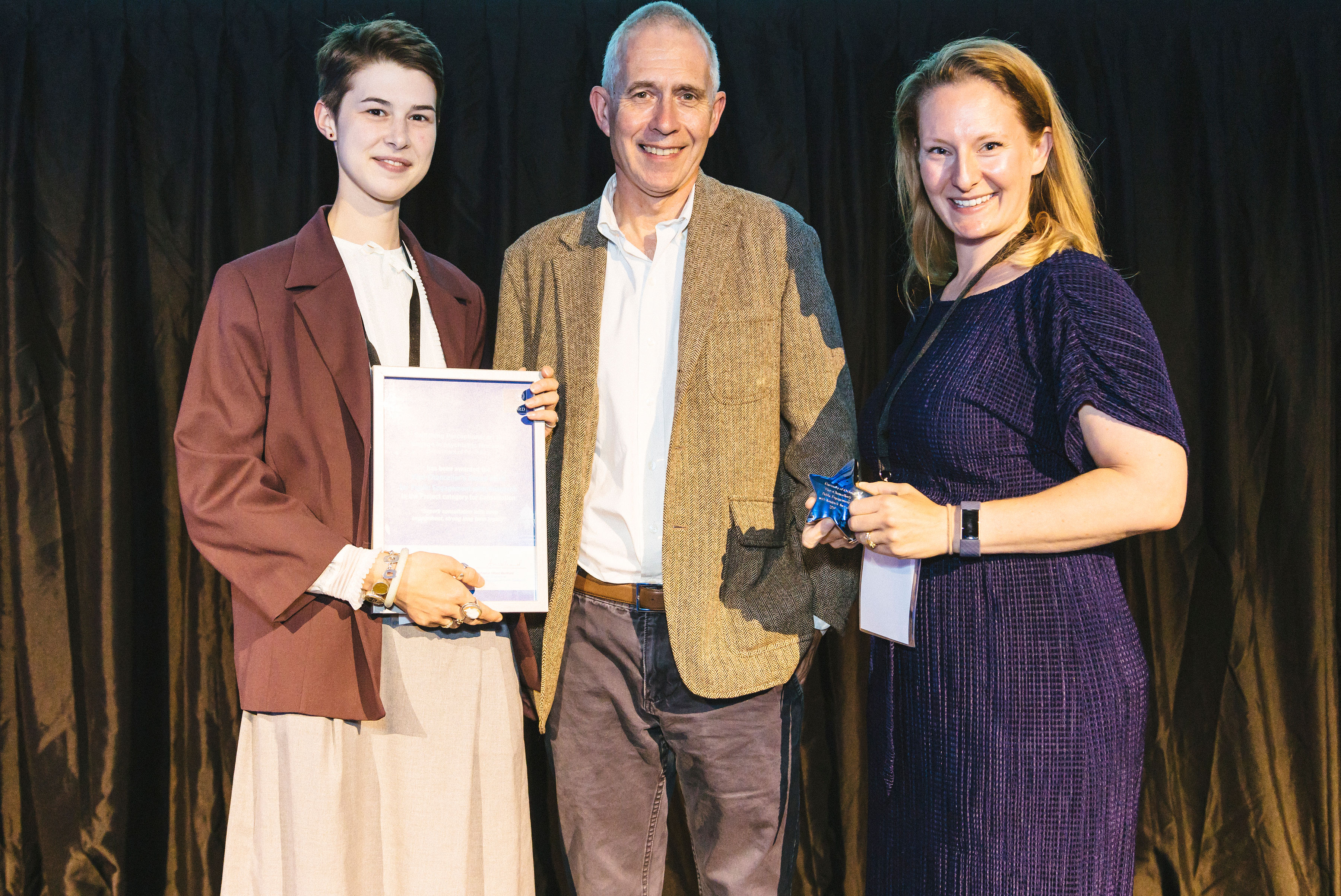 The project was featured in The Lancet Psychiatry podcast, Art Daily, The Resident and The Psychologist magazines.

"These awards highlight the many ways that Oxford's researchers engage with the public. This includes informing and empowering people by sharing research findings; working in partnership with communities to shape research and enabling citizens to take part in the research by collecting and analysing data through Citizen Science. These winning projects also demonstrate that excellence in engagement results in a 'win-win' for both researchers and public alike."

Results of the Research Excellence Framework (REF) 2021 for UK universities indicate that Oxford has the largest volume of world-leading research*.

Cathy Creswell, Professor of Developmental Clinical Psychology, Departments of Psychiatry and Experimental Psychology, University of Oxford, has been elected a Fellow of the Academy of Medical Sciences.

Oxford pain researchers are playing a major role in a new multi-million pound research programme launched by a consortium of funders, including UKRI, Versus Arthritis, Eli Lilly and the Medical Research Foundation.

Anxiety Disorders Among Children, Assessment and Working with Families

The gameChange automated VR program is designed to treat agoraphobia in patients with psychosis. In the largest ever clinical trial of virtual reality for mental health, gameChange especially helped people whose anxiety had previously left them virtually housebound.