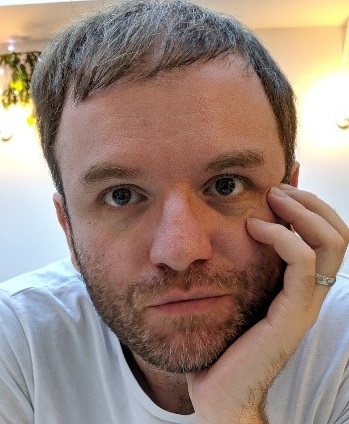 Dr Erdem Pulcu is a postdoctoral researcher in the Department of Psychiatry. He works with Professor Cath Harmer in the Psychopharmacology and Emotion Research Lab (PERL). Erdem did his PhD in Cognitive Neuroscience and studied Computational Neuroscience during his postdoctoral years.

I did my PhD at the University of Manchester where I studied various types of decision-making in patients with major depression. During my PhD years, I became interested in mathematical modelling of human behaviours, which I think can help us to understand the underlying mechanisms of differences that we observe in patient groups.

In order to pursue this path, I spent 2 years in Japan learning mathematical modelling as a postdoctoral researcher. However, for a number of reasons including language barriers (the fact that I do not speak Japanese very well) I was not able to conduct patient studies in Japan.

Then in 2016, I came across a post advertised by Professor Michael Browning, which pretty much combined all the things that I wanted to do as a scientist, working with patients with depression, neuroimaging, psychopharmacology and mathematical modelling. I got that job, and I have been working in the department ever since. I have been in my current role since late 2019, and I now work with Professor Cath Harmer investigating mechanisms underlying ketamine’s rapid antidepressant action.

My vision for the current project that I’m working on is to do cutting-edge research in psychopharmacology which combines creative, out-of-the-box thinking, with rigorous experimental design and mathematical modelling to make strong, long-lasting contributions to this field of work.

What is currently at the top of your to-do list?

Due to the coronavirus pandemic, we have delayed our studies in psychopharmacology. I have been getting all the paperwork ready for our studies, so that we are in a good position to restart human participant testing when it is possible again.

By relocating to different countries around the world (Turkey, UK and Japan) and making some important career decisions which might be deemed unnecessarily risky by some. Obviously, so much relocation around the world means that you always lose some time in transition periods, but gain experience in life, which I think indirectly helps when it comes to psychological research.

Who, or what inspires you?

Old scholars, who were purely driven by scientific curiosity and doing science as a hobby, freely disseminating all positive and negative results. I also find some of AI and robotics research incredibly inspiring, as the findings from some studies are simply undeniable. Although it might be near impossible to achieve this level of clarity in cognitive neuroscience and psychiatry as the human condition is so complex and multi-dimensional, I hope that someday in the distant future we will get there.

If you were not in Your study programme/job currently, what would you like to be doing?

As much as I love my current job, I can see myself being equally happy working in a videogame developer studio or as a car mechanic.