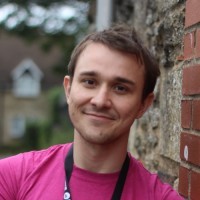 Eddie Jacobs is a DPhil student at the Department of Psychiatry and at the Wellcome Centre for Ethics and Humanities, working in the NEUROSEC Neuroscience, Ethics and Society group with Professor Ilina Singh.

After spending a year as a research assistant at NEUROSEC, I’m continuing in the same team to start my DPhil, on the Bioethical Dimensions of Psychedelic-assisted Psychotherapy. I came to Oxford as an undergrad largely out of an insecure need to demonstrate that I could get into Oxford. It turned out that I really loved it, so I’ve found myself coming back here over and over again for some reason or another.

Psilocybin-assisted therapy is going to be licensed in a matter of years, there is lots of hype and enthusiasm surrounding it, and I think to a greater or lesser extent that enthusiasm is warranted. However, psychedelic experiences come with all sorts of curious consequences that are quite alien to mainstream medicine, and the process of medicalising these drugs is littered with all sorts of hidden curiosities and challenges. Some of these challenges – to concepts like autonomy, authenticity, and informed consent – should be high up on any medical practitioner’s list of concerns. Currently, there is little to no scholarly discussion of what an ethical framework for psilocybin-assisted therapy should look like. My vision is to make a map of the ethical terrain, with a view to building a robust framework sooner rather than later.

What is currently at the top of your To-Do List?

I’ve just started my DPhil, so it feels as if I’m facing down a blank canvas of three years for the project. Exhilarating and exciting, but also slightly intimidating. Where do I put the first brush stroke? The first order of business is developing the research plan for the project in more detail.

The easy part of that is getting the ball rolling with practicalities. I’ll be conducting interviews with patients who’ve been in trials at Imperial College and Johns Hopkins, so there’s lots of paperwork involved in getting those collaborations formalised.

The hard part is knowing where to draw the limits on what I read about. There’s a sprawling network of interconnected issues that impact upon the questions of my DPhil, and I know I won’t have time to visit them all. So getting hard-nosed about what is valuable, but not valuable enough to make the cut is the next task.

The long way around. I started out as a philosopher, but I realised quite quickly that the interesting questions were about mind, behaviour, self, and consciousness. Sadly not quickly enough to swap over to a Psychology BSc. I persisted through a Masters in Philosophy of Mind before admitting that the answers I was after were only going to be available through (philosophically-informed) empirical study. I retrained in Cognitive Neuroscience before working with the late Professor Glyn Humphreys at the Department of Experimental Psychology. When Glyn died I took some time out to investigate consciousness more experientially, leading to a protracted period at meditation retreats and monasteries. That led me back to Oxford for the Buddhist Studies MPhil, and onwards to the Beckley Foundation – a charity about five miles away that does policy and scientific work on psychedelics around the world. When I came back to academia to join NEUROSEC, and started thinking about the ethical and societal dimensions of mental health advances, I realised how very little work has been done from this perspective on psychedelics.

In my personal life I’m inspired by a ragtag bunch of therapists, nuns, shamans and priests who, despite the heterogeneity of their perspectives on life, are united by an unusual level of emotional courage – to not avert their gaze from the challenging aspects of the human experience, but to make friends with and even play with them. More than that, I think it is something really special to spend your days helping to support people in spaces where the veil is at its most translucent, where you experience with them life at some of the most real, most honest moments.

The more scholarly answer is that I’m inspired by Robert Sapolsky – a neuroendocrinologist based at Stanford that has that enviable quality of being brilliant at anything he seems to put his hand to. He is not only an incisive thinker, but also a very talented teacher (his undergrad lectures on Human Behavioural Biology on YouTube are mesmerising), and I’ve not come across anyone more able to make difficult concepts accessible to general audiences. He quite fearlessly draws insights from all sorts of fields to understand behaviour, sketching out an explanatory whole, better than anyone else.

If you were not in your study programme/job currently, what would you like to be doing?

I would be spending time with monks or with monkeys. I was due to be spending September up at Throssel Hole, a monastery in Northumberland, but COVID-19 sadly put paid to that. Hiding out at a monkey sanctuary in Latin America might be the better option. Academia is all well and good, but there’s nothing quite like teaching monkeys how to be monkeys to rehabilitate them for the wild. 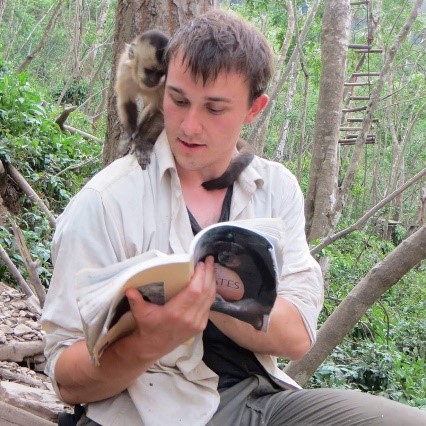